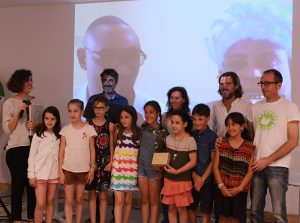 In honour of World Refugee Day, on the morning of the 20th June, Entreculturas presented the Refuge School campaign demanding that the right to education be guaranteed in situations of conflict and refuge. Half of the refugees in the world are minors. Boys, girls and young victims of national and international conflicts that are not only increasing but are ever more prolonged and affect a larger number of people each time. In the last 10 years the number of people forcibly removed hasn’t stopped increasing, reaching the current 70.8 million. 1 in 4 children without access to schooling live in conditions affected by crisis.

“At Entreculturas, along with our partnering organizations, we work each day so that schools can be a refuge for these boys and girls. To ensure that schools are a place of peace, free of violence; places of meeting and reconciliation under any given circumstance, whether it be conflicts or contexts of violence, be it in refugee camps for people that have fled from this violence, or for whichever other case of humanitarian emergency”, explains Raquel Martín, the Director of Communication and Institutional Relations of Entreculturas.

Even though the schools protect, and at the same time, must be protected, they’re still the target of attacks. “Between 2014 and 2018, more than 14.000 attacks on education were reported in 34 countries, and in at least 18 of those, the attacks on education were aimed at children and women for their gender. The walk to school also presents a grave danger for the girls and young women, as they can be caught off guard, abducted and sexually assaulted.” 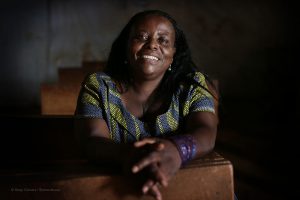 Burundi and the Democratic Republic of Congo are two of the countries that suffer attacks on education. Sanganyi Namangala Tamy, a Congolese refugee in the Kinama Burundi refugee camp, and Vice President of the Refugee Committee explains her refuge story. “On the 10th October 2008, in my home in Rutshuru in the north of Kivu, they murdered my husband, 2 of my 8 children, and raped me. I was abducted by rebels, that took me to the forest where I spent a month waiting on them, suffering sexual and physical abuse. Anything is possible during times of war. The children’s right to education is violated. Schools are a place of conflict, taken by the attackers like war zones, to store their weapons or be used as military bases.  The children are recruited as child soldiers. They destroy schools to use doors and desks as fuel for heating. There are less places to study during the war. The youth is the future of tomorrow. Without a basic education, it’s hard to have a future”, she relates.

In the Kinama refugee camp in Burundi, Sanganyi collaborates with the Jesuita Refugee Service (JRS) and with Entreculturas to raise youngsters awareness of the importance of education, especially the education of girls. François Xavier Nsababandi, Director of Education Projects and Livelihood for Entreculturas and the Jesuita Refugee Service in Burundi explains that “the JRS are involved in five refugee camp schools. The camp’s schools and other schools should be safe from attacks. In countries that live in war, we see that schools are destroyed, and the students are killed. It’s for this reason that we work in conflict areas to accompany, protect and defend the refugees and guarantee their right to an education. Schools should never be the target of attack, but places of peace, free of violence. School is a safe place for millions of refugee children all over the world”.

Irene Ortega, coordinator of Citizenship of Entreculturas, gave way to the children of La Paloma de Madrid school, that were seen in the press conference, showing their drawings along with those of Burundese refugee children from the Kinama refugee camp primary school on how they would like schools to be, one of the awareness proposals of Refuge School. “If you come, we will be friends”; “I want to tell you what I like about my school, I learn a lot and I can play with my friends”; “For me, school is a beautiful place”. These are some of the messages that could be read. The boys and girls understand, as much in Madrid as in Burundi, what school means to their lives. And they also understand that everybody, in Madrid and Burundi, are equal in rights and dignity. They perceive a common trait in our essence, that manifests itself in a precious diversity.