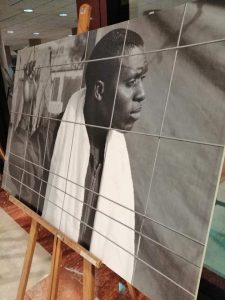 The photography exhibition Somos Migrantes (We Are Migrants) continues its tour around Spain. It is again being hosted at the Miguel Hernández University of Elche, this time at the Orihuela campus. The Faculty of Social and Legal Sciences in Orihuela is showing the exhibition as part of the 20th Anniversary of its founding.

You can visit Somos Migrantes from 24th January to 20th February in the main faculty building, Casa del Paso, which is in the Plaza de las Salesas in Orihuela. The opening hours are from 8am to 9pm from Monday to Friday. A display of 36 boards and photographs shows the reality of migrants at different borders around the world. Somos Migrantes is promoted by three institutions that carry out social justice and development projects and work to build a culture of solidarity and acceptance: Entreculturas, SJM México, SJM España, grouped together as the Hospitalidad del Sector Social de la Compañía de Jesús (Hospitality of the Social Apostolate of the Society of Jesus) campaign.

With thanks to the work done by the Entreculturas representative in Alicante, to the Master’s in Cooperation at the Miguel Hernández University of Elche and to the university itself for making this exhibition possible.

-This English translation has been possible thanks to the PerMondo project: Free translation of website and documents for non-profit organisations. A project managed by Mondo Agit. Translator: Marianne Parrott